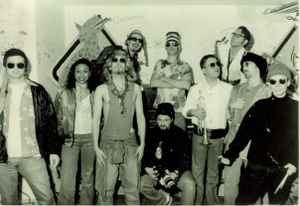 The Big Cheese All Stars

This well seasoned group of musicians play a unique style of Jazz-Funk with a heavy Soul influence. Although at home in the studio, the "All Stars" excell on stage as audiences in England, France, Switzerland and Italy have testified.