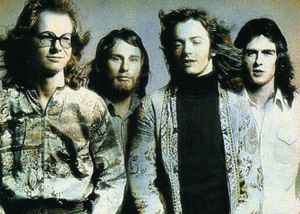 Profile:
Wishbone Ash are a British rock band who achieved particular success in the early and mid-1970s with their most critically acclaimed records including Wishbone Ash (1970), Argus (1972), There's the Rub (1974) and New England (1976). Although the band lacked a definitive vocalist like Roger Daltrey (The Who), Ian Gillan (Deep Purple) or Robert Plant (Led Zeppelin), they were famous for popularising the twin lead guitar.