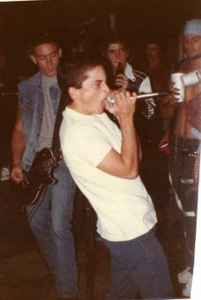 Real Name:
The Grim
Profile:
The Grim is a Southern California hardcore/punk band from Los Angeles, formed in 1983 and reunited in 2010.

Bands I Saw Before I Turned 21 by mr.dna
View More Lists →