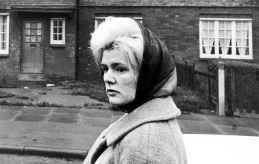 Profile:
Vivian (Viv) Nicholson (born 3 April 1936, Castleford, Yorkshire, England - died 11 April 2015, Wakefield, Yorkshire, England) was a British woman who became famous when she told the media she would "spend, spend, spend" after her husband Keith won £152,319 (equivalent to £3.06 million in 2016, adjusted for inflation) on the football pools in 1961. Nicholson became the subject of tabloid news stories for many years due to her and Keith's subsequent rapid spending of their fortune and her later chaotic life. In 1976, Nicholson co-wrote an autobiography titled Spend, Spend, Spend and in 1998 a musical based on Nicholson's life with the same title was debuted. Nicholson's image has been used on several music releases.
Sites:
Wikipedia
Variations:
Viewing All | Vivian Nicholson
Viv Nicholson