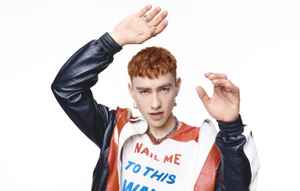 Originally formed in 2010 as a five-piece by Mikey Goldsworthy, Noel Leeman, Emre Türkmen, Olly Alexander and Olivier Subria. Years & Years' first single, "I Wish I Knew" was released in July 2012 on the Good Bait label, with the band performing as a five-piece. Noel Leeman and Olivier Subria left the band later in 2013, leaving Years & Years as a trio.

On 18 March 2021 the band announced that Years & Years will continue as an Olly Alexander solo project. Mikey Goldsworthy will still play live as an instrumentalist and Emre Türkmen will focus on his work as a writer and producer.

April 16, 2021
How will Olly fair now that Emre and Mickey have decamped? Time will tell I guess!
Reply Notify me Helpful