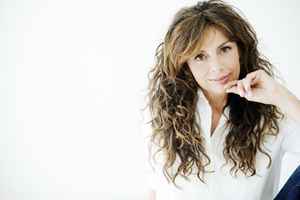 Real Name:
Carla Bissi
Profile:
Italian vocalist. Born 26th Sept 1954 in Forli, Emilia-Romagna, Italy.
Alice made her first attempt in singing in front of audience when she was only 11 at the 1965 Sanremo Festival Internazionale dei Ragazzi, a singing contest exclusively held for underage participants.
In 1971 she won the local Castrocaro Festival with a Pooh cover song, "Tanta voglia di lei."
One year later, her appearance on stage of the 1972 Sanremo Festival with the song "Il mio cuore se ne va" was intended to become her first one in front of a nationwide audience (or even beyond that), although eventually she did not make it into the final contest. (Whilst she didn't even expect it, either: she felt that the song was not really of a kind she liked best.)
In 1975, she adopted her stage name, "Alice Visconti" and released her first album, "La mia poca grande età".
In 1980 she shortened her stage name to "Alice", a name that the artist has kept to this day.
Alice has been involved in many projects with many different artists, including classical and experimental music.
Sites:
alice-officialwebsite.com, aliceedintorni.blogspot.it, Facebook, Wikipedia
Aliases:
Alice Visconti, Carla Bissi
Variations:
Viewing All | Alice (4)
a