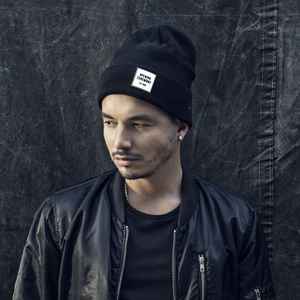 Real Name:
José Álvaro Osorio Balvin
Profile:
José Álvaro Osorio Balvin (born May 7, 1985), known artistically as J. Balvin, is a Colombian reggaeton singer. Balvin was born in Medellín, the largest city of Antioquia and Colombia's second largest populated city, where he became interested in hip hop, dancehall, champeta and bachata at a young age. He is known for his songs "Yo te lo dije", "Tranquila", "Ay vamos", "6 AM" - featuring Farruko - and "Ginza".

J. Balvin began seeking his career at the young age of 14. When Balvin was 17, he moved to Oklahoma to learn English. After some difficulties, he quickly moved to New York City to further his studies in English and in music. Over the next 10 years, J. Balvin worked very hard between the US and Colombia to develop his style and career. He quickly began to move around the urban scene in Medellin, Colombia, performing at many night clubs. In 2012, J. Balvin released his mixtape, which featured many of his early hits in Colombia, including "En Lo Oscuro" and "Como un Animal." Soon after, J. Balvin released his next single "Yo Te Lo Dije". In 2013, the track had created a considerable buzz in the USA, and put J. Balvin on many DJ and industry radars. His performance at the 2013 Premios Juventud was just the beginning to what was about to come.

In the spring of 2014, J. Balvin released a new track entitled "6 AM" featuring Puerto Rican reggaeton artist Farruko. The song exploded onto radio in the US, Latin America, and even Europe. "6 AM" had truly put J. Balvin at the forefront of reggaeton, and to many is thought as the song that re-ignited the current reggaeton revolution led by artists such as himself, Nicky Jam, Maluma, Farruko, and legends Daddy Yankee, Wisin y Yandel, and Don Omar. The song peaked at #2 on the Billboard Latin Songs Chart, blocked by "Bailando" from hitting the top of the chart. This track gained him the worldwide attention of everyone. His album "La Familia" had also skyrocketed to the top of the Billboard Latin Albums chart.

Shortly after, J. Balvin released his second track in the US, "Ay Vamos", which solidified his mark in the Latin Urban market. This was a bonus track on the deluxe edition of J. Balvin's album "La Familia B Sides". The music video is one of the most watched Latin videos of all time at over 600 Million views. The song went to #1 on the Billboard Latin Songs chart in 2015. The remix featuring Nicky Jam and French Montana was used in the soundtrack to the hit #1 film Furious 7. J. Balvin performed the track at the 2015 Premios Lo Nuestro and the Billboard Latin Music Awards. J. Balvin has been featured on remixes of "The Way" and "Problem" by Ariana Grande, "Blurred Lines" by Robin Thicke, "Maps" by Maroon 5, and "Stuck on a Feeling" by Prince Royce. J Balvin was the first Colombian artist to record with "The Prince of Bachata" and establishing itself as an international artist.

J. Balvin swept the Urban category at the 2015 Premios Lo Nuestro, including "Urban Artist of the Year", "Urban Album of the Year", "Urban Song of the Year" and "Urban Collaboration of the Year". On February 12, the nominees for the Billboard Latin Music Awards were announced, and J Balvin was nominated 13 times, of these nominations, eight were in the same category twice Ay Vamos and 6 AM, being the most nominated Colombian and the first Urban artist from Colombia. J. Balvin won New Artist, Latin Rhythm Song of the Year, and Latin Rhythm Song Artist of the Year, where he dedicated the award to his home country of Colombia.

In June 2015, it was announced that J Balvin cancelled his performance on Miss USA 2015 to protest Donald Trump's inflammatory comments insulting illegal immigrants. His live performance was scheduled for July 12, 2015 in Louisiana. "During [Trump's] presidential campaign kickoff speech last week [June 2015], Trump accused illegal immigrants of bringing drugs, crime and rapists to the U.S."This would have been J Balvin's first performance on national mainstream television. J. Balvin also began the #LatinosSomosUnidos movement through Social Media, to bring awareness to the struggles occurring on the Venezuelan-Colombian border. His campaign brought support from many of the major Latin artists.

On January 16, J. Balvin premiered his new single "Ginza" from his upcoming album, at the Premios Juventud. Later that week, he premiered the music video on Vevo. The video broke the record for most views for a Latin music video in the first 24 hours, at over 2 Million views. Since then, the video has racked up close to 60 million views in 6 weeks. The song has had tremendous success in Latin America and the US, reaching #1 on Billboard's Hot Latin Songs chart on the week ending 17 October 2015. J Balvin became the first artist to receive a diamond certification in the Latin field from the RIAA denoting digital sales of 600,000 units for his songs "6 AM" and "Ay Vamos". On February 16 he performed "Ginza" at the Italian Festival of Sanremo.
Sites:
jbalvinstore.universalmusica.com, YouTube, Twitter, instagram.com, Facebook, networthleaks.com
Aliases:
Jose Alvaro Osorio Balvin
Variations:
Viewing All | J. Balvin
J - Balvin, J Balvin, J-Balvin, J.Balvin, JBalvin, Jbalvin, Jose Balvin