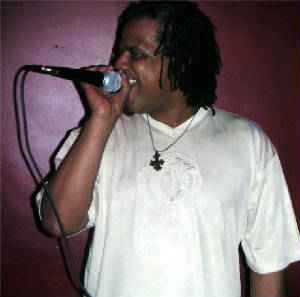 Profile:
b. 1961, London, England. Walters embarked on a musical career in reggae by adding his distinct soprano voice to the Ital group. He was also recruited to sing on releases by Santic, and contributed to the hit ‘Bloody Eyes’. He later recorded as part of Youth And Youth, with whom he released ‘Try Love Again’. Prior to embarking on a solo career, Walters recorded the ‘Back Together Again’ duet with Jean Adebambo, which gave an early indication of the potential of these two fine vocalists. This release was followed by the protest song, ‘They’ll Never Get Away’, which proved popular in the reggae charts. In 1981 Walters wrote and recorded ‘Give Love A Try’, which surpassed its predecessor by topping the reggae chart. In October 1981 he reached number 27 in the UK pop charts with ‘Love Me Tonight’. It appeared that Walters was destined to be a one-hit-wonder in the annals of pop music, but he still attracted some derision from reggae aficionados because of his crossover success. Nevertheless, he continued releasing material that maintained a respectable profile in the reggae chart, including ‘Handyman’, ‘Comma Comma’ and, in combination with Jah Bunny, ‘Lovers Medley’. The singer returned to the UK pop charts in July 1984, reaching number 9 with his rendition of Lionel Richie’s ‘Stuck On You’. He also covered Richie’s ‘Penny Lover’, which, although an exemplary effort riding on a gentle lovers rock rhythm, did not chart. His crossover success inspired Polydor Records to sign him for a cover version of Andrew Gold’s ‘Never Let Her Slip Away’. This release remained at the lower end of the pop charts, while the follow-up, ‘Love’s A Lie’, made no impression on any chart. The poor response, alleged to be through lack of promotion, was deemed inadequate by the company. In 1986 he enjoyed a hit with the sublime ‘Love Will Find A Way’, produced by Leonard Chin. In 1991, he regained his street credibility by recording with Anthony Brightly, who produced ‘Can You Feel The Love’ with Pure Silk. He continued to record and enjoy further hits throughout the 90s, including ‘Hold’ in 1998.
In Groups:
Winjama
Variations:
Viewing All | Trevor Walters
T Walter, T Walters, T. Walter, T. Walters, TW, Trever Walters, Trevor, Trevor Walter, Walters