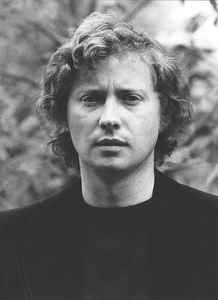 Born in Zamość, he studied architecture at the Polytechnic University in Kraków. Here he met the composer Jan Kanty Pawluśkiewicz, with whom he founded the student cabaret Anawa in 1967. In that same year he was awarded second place in the VI National Contest of Student Musicians (VI Ogólnopolski Konkurs Piosenkarzy Studenckich) and also received an award for Tango Anawa, with lyrics written by him and music by Jan Kanty Pawluśkiewicz. Beginning in 1968 he would win several awards at the Festival of Polish Music in Opole. In 1969 he played a minor role in Andrzej Wajda's film Polowanie na muchy (Hunting Flies). In 1971 he left Anawa and founded the band WIEM (W Innej Epoce Muzycznej).

Grechuta scored a large number of popular hits, with his songs often characterized by his use of poetic and literary elements. He co-authored (along with P. Birula and K. Szwajgier) the music for Exodus (written by L. A. Moczulski) at the STU Theater in Kraków (1974), and cowrote the musical adaptation of Stanisław Witkiewicz's Szalona Lokomotywa (The Crazy Locomotive) with K. Jasiński and Jan Kanty Pawluśkiewicz in 1977. In 2003 he collaborated with the group Myslovitz and re-recorded their older song Kraków. His song Dni których nie znamy is the fight song of the football club Korona Kielce.