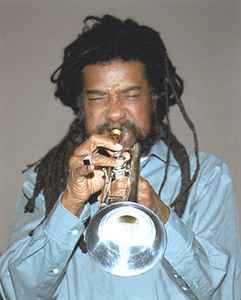 Real Name:
Ishmael Wadada Leo Smith
Profile:
Ishmael Wadada Leo Smith is a trumpet-player, multi-instrumentalist, composer and improviser. He was born December 18, 1941, in Leland, Mississippi. His early musical life began in the high school concert and marching bands where he played drums, mellophone and French horn before he settled on the trumpet. At the age of thirteen, he became immersed within the Delta Blues and Improvisation music traditions. He received his formal musical education with his father, the U.S. Military band program (1963), Sherwood School of Music (1967-69), and Wesleyan University (1975-76) where he studied ethnomusicology.

He has taught at the University of New Haven 1975-76, the Creative Music Studio in Woodstock, NY. 1975-78, and Bard College 1987-93. He is currently a professor of Music at the California Institute of the Arts, and is the director of the MFA program in African American Improvisation. He is a member of ASCAP and the Association for the Advancement of Creative Musicians (AACM). He has received numerous awards as a composer and musician.

In the mid eighties, he became Rastafarian and began using the name Wadada.

He has composed music for solo, ensemble, classical and creative orchestra and stage works. His compositions have been performed by his own Nda-Kulture ensemble as well as numerous other contemporary music ensembles. He has performed with almost every important artist in the creative improvised music scene.