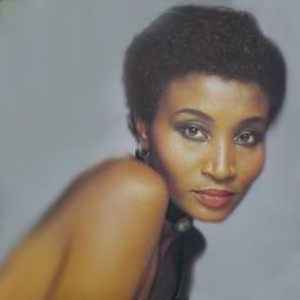 A pre-stardom Barry White began using singer Viola Wills as a session vocalist on sides that he produced for Bob Keane's Bronco Records/Mustang Records labels. In the mid-1960s, Keane —known for hits by Ritchie Valens, the Bobby Fuller Four, and Johnny Crawford of ABC-TV's hit western "The Rifleman"— wanted to expand into soul music. In 1965, A&R director White signed Wills to Bronco as a solo artist. She recorded several sides for the label, which all failed to chart.

In 1969, she recorded a single for the Bem Sole Record label that also failed to hit, titled "The First Time / You've Got My Blessings" (now a British 'Northern Soul' classic). In 1974, she replaced backup vocalist Claudia Linnear on Joe Cocker's European tour. While in the UK, Wills recorded for Goodear Records. Three years later, she signed with Arista Records. In 1979, while signed to the Hansa UK label, Wills enjoyed her biggest hit with a disco version of Patience & Prudence's 1957 hit "Gonna Get Along Without You". Recording in an uptempo dance Hi-NRG style, Wills scored dancefloor hits with "If You Could Read My Mind" and "Up On The Roof", all produced by Jerry McCabe and co-produced by Nick Straker. Wills had a Top 40 UK hit with the double-sided hit "Both Sides Now" and "Dare to Dream" on the Wide Angle label.

One of her Bronco singles played an integral part in a number one R&B smash. In the mid-1970s, while working on material for the next "Love Unlimited" album, group member Glodean James suggested to producer Barry White that he use the piano introduction from Wills' "Lost Without The Love Of My Guy" on a new song. At first resistant to the idea because he didn't want to repeat himself, White relented, reused the piano chord progression from "Lost Without The Love Of My Guy" on "I Belong To You". The majestic ballad went to number one R&B in late 1974. It was included on the album "In Heat" and on "Best Of Love Unlimited".

Though Wills hadn't had a mainstream US hit to date, her singles are popular in dance clubs and a number of her recordings are floating around, including "No News Is News", "House Is Not A Home", "If You Could Read My Mind", "Let's Love Now", "Take One Step Forward" (by Wills and Noel McCalla), and "Always Something There To Remind Me".