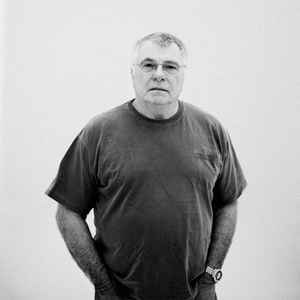 Moulton is the originator of the remix, the breakdown section ("Disco Break"), and the 12-inch single vinyl format. He has humbly maintained that the last two innovations were pure accidents. Perhaps contrary to expectation, Moulton's early successes in "mixing down" dance records were the result of insistently taking away elements from the original multi-track.

Although not a disc jockey, Thomas Jerome Moulton was more essential to the rise of disco than any other single person in its history. Born in Schenectady, New York on November 29, 1940 music was in his life from a very early age. Moulton even quit high school to work in a record store in the late 1950s. With aspirations to become a radio DJ, he quickly found that he didn't have what it took to be a DJ in the turbulent payola-ridden radio scene of the 1950s.

His career started in the late 1960s with a self-made tape of overlapping songs created for the Fire Island bar and restaurant The Sandpiper. As the club in question was very high profile, it was only a matter of time before his skills were noticed and put to use pre-release by those in the music industry. Moulton preferred R&B and dance music, but actually mixed a wide range of popular recordings. A noteworthy quote has him saying, "I never made a dance record, I made records you can dance to".

Moulton worked as a model at the Bookings and Ford agencies before beginning his production career. Before that, he had worked in the music industry, holding a sales and promotion job at King Records (from 1959 to 1961) and similar positions at RCA and United Artists. He eventually left due to his disgust at the industry's dishonesty.

His notable achievements in recording technique include extending the high frequencies and tightening the bottom for better sounding play at high volume and lengthening for greater musical and emotional impact by repeating key passages.

He was responsible for the first continuous-mix album side ever, on the Gloria Gaynor's seminal disco album "Never Can Say Goodbye", earning him the title the "father of the Disco Mix" . Among some of his other success in mixing songs are The Three Degrees' "Dirty Ol' Man", MFSB featuring The Three Degrees "Love Is The Message", B.T. Express' "Do It (Til You're Satisfied)", The Trammps' "Disco Inferno", People's Choice's "Do It Any Way You Wanna", Andrea True Connection's "More, More, More" First Choice's "Doctor Love", and Claudja Barry's album "The Girl Most Likely".

Between 1977 and 1979, he produced Grace Jones' first three albums, including one of the singer's biggest hits, her rendition of Édith Piaf's "La Vie en rose".

Tom Moulton's innovative work was honored at the 2004 Dance Music Hall of Fame ceremony in New York City when he was inducted for his achievements as a Remixer. He is the official archivist of the Bethlehem Jazz and Salsoul music catalogues, and has overseen all of the digital remastering for the entire catalog. In late 2006 Moulton would remix the The Brand New Heavies (featuring N'Dea Davenport) single "I Don't Know (Why I Love You)", a cover of the Stevie Wonder and Jackson 5 hit.

A Tom Moulton Mix is a phrase indicating that a dance record had been mixed by Tom Moulton. Prior to Moulton (and throughout his active years), no major player had prefaced their name with "A" and followed it with "Mix". One will find examples of this usage today, but in Mr. Moulton's heyday such usage was unheard of for those seeking respect in the industry. Moulton's use of the phrase led to similar usage by his contemporaries within the Salsoul Records family. Such usage would have given him the status of "mentor" rather than infringe his territory. In a late 1990s interview, Mr. Moulton himself cast aspersion upon Vincent Montana Jr.'s attempt to use this titling (Montana and Moulton were known to have had a difficult professional relationship).

August 15, 2020
Mr.Moulton--he's my hero! Where would we all be without the incredible legacy he has provided to us in the world of dance music.
Reply Notify me 4 Helpful