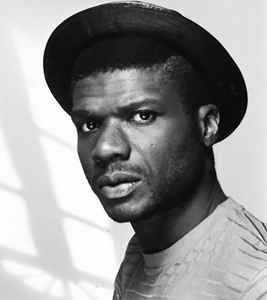 Levan is revered primarily as the DJ and driving force of the famous gay-friendly disco Paradise Garage. With engineer Richard Long, he custom-designed the Garage's sound system and DJ booth, complete with audiophile Thorens turntables.

Levan's brilliance lay not only in his technical skill and audio expertise, but also in his eclectic taste. He broadened the 'rules' of what dance music could be, mixing everything from gospel, reggae, Philly soul and Euro-disco to rock (e.g. Stevie Nicks "Stand Back", and The Who "Eminence Front"), post-punk (e.g. The Clash "The Magnificent Seven", and many Talking Heads tracks), ambient/environmental music (e.g. Klaus Schulze and Manuel Gottsching) and just about everything else. He augmented his sets with disorienting sound effects and audio manipulations, working the crossover and balance controls to throw sound around the room as if it had a will of its own.

Cutting his musical teeth at The Loft; essentially the first underground after-hours disco, which was started by David Mancuso at the advent of the 1970s. The Loft combined psychedelic culture with proto-disco music, which then consisted of long-form, psychedelic-influenced soul (e.g. Booker T & The MG's "Melting Pot", The Temptations "Papa Was a Rolling Stone", et al.), jazz-funk (e.g. The Blackbyrds), funky rock (e.g. Barabas "Woman") and trippy head music like Pink Floyd "Dark Side Of The Moon". When club Paradise Garage opened in 1976, Levan added gospel and R&B-flavored disco to his musical menu.

After the Garage closed in 1987, Levan kept a considerably lower profile, doing guest spots at various clubs, including Studio 54, Palladium, and Mars, and DJ-ing regularly at The Choice – arguably the inheritor of the Garage's underground legacy. The Choice didn't have the grandeur of the Garage, but Levan made it his home, casting his psychedelic spell on a diverse crowd of devoted Garage fans and various other after-hours types.

September 5, 2022
A wide ranging music lover that did so much for the scene. Not just a DJ and producer. Someone who actively went out of his way to make music happen & gave artists the encouragement to perform. Many big hits may not have been heard at all if it wasn't for this man. Legend status.

Being too young (and ignorant) at the time, The Garage passed me by without me ever having gone there or meeting Larry.
Living in a somewhat "upscale" area of Manhattan did not mean I wasn't exposed to a lot of the records that Larry was playing at the time, as there was a soul/disco record shop right down my block.

I can only read about the Garage and learn about it from those who experienced first hand. I live vicariously through these people, and am grateful for it.

I sure hope some ex Garage-heads band together and find some investors and produce a feature film about Larry, Mel Cheren, and The Garage. We have enough documentaries.

It's time for a dramatized depiction of this important and ground breaking bit of dance music history.

There's not much that can be said that hasn't been said already in dozens of articles, reviews and tribute websites, but I'm compelled to add my two cents. I first heard about the Paradise Garage from an article in NYC's defunct "SOHO Weekly News", and I was fascinated. The very well written review was published sometime in 1979 or `80, and my interest was piqued, as my world consisted of clubs, parties and venues that thrived on the anti-disco backlash. My willingness to examine my own irrational prejudice against "Disco" occured one night at The Mudd Club, a cutting-edge post-punk dance club with a sound-system designed by Bryan Eno and a punky-artsy clientele that probably prided itself in never having set foot in a "real" discotheque. I counted myself among that herd until I heard a real Disco DJ upstairs, guesting on the second floor, and my eyes were opened wide and my jaw dropped when I watched and listened to this guy seamlessly blending hot Salsoul, West End and Prelude records. Of course the music was amazing and had nothing in common with my media-inspired, brainwashed aversion to so-called Disco music. I was mesmerized and made it my business to get into the Garage come hell or high-water. I had started DJing in the East Village by then and Bobby Shaw, then the promoter for Warner Brothers records, got me on the guest-list and I finally arrived at Disco Nirvana. But even then, Larry opened my mind and challenged my pre-conceived notions of what he was about. In the course of the night I heard Kraftwerk, The Peach Boys, Yaz, Konk, Mikki, The Temptations, Men At Work, D-Train, and the list of ecclectic twists and turns was mind-blowing to say the least..and that sound system. The best I'd ever heard, albeit too loud for my already sensitive ears. I was a regular there until it closed, and due to Larry's reputation as a moody and unpredictable soul with a slightly self-destuctive bent (like Jimi Hendrix and Jim Morrison, to name a few), I kept my distance from his inner circle and insisted on paying my yearly membership fee as well as the modest admission price. I never regretted my decision, and only after the Garage closed did I become friendly with the now more accessible and down-to-earth Larry Levan. I feel blessed to have had him share his knowledge and stories with me, and not a day passes when I don't think about the man or listen to one of his totally unique, trippy and dub-inspired remixes. Literally NO DJ can ever achieve his impact on my life or come close to his skills at sonic reconstruction and open-minded, genius programming. He was a genuine 20th century SHAMAN. I Love you and miss you Larry!

What can be said about this man? Whatever is said, it is not enough! Not only was he a musical pioneer whose influence still resonates in every area of dance music today, he also brought together formerly disperate communities from the most diverse city on Earth. He will be missed and remembered as a DJ for the people and for the DJ of future generations. R.I.P.