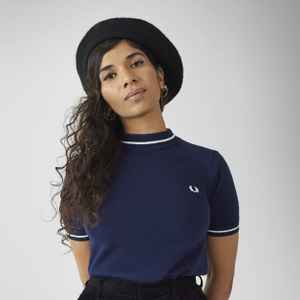 Many musicians speak of their versatility, but few can boast an MPhil from Cambridge specialising in African history, work in human rights law (predominately in South Africa), a Black Belt in Karate and enviable sonic CVs among their caches. Yet such is the extraordinary makeup of London-based Throwing Shade, aka Nabihah Iqbal, a rising producer and NTS Radio host whose House of Silk EP will be released via Ninja Tune on 4th March. Having debuted on Kassem Mosse’s Ominira imprint and followed suit with releases for No Pain In Pop (Patten, Grimes, Forest Swords) and Happy Skull, Throwing Shade continues her patchwork of peripheral pop.

In November 2014, Throwing Shade was commissioned by the Tate to compose a piece of music for the Turner Prize, and has since performed live in both the Tate Modern and the Tate Britain, as well as the Institute of Contemporary Art. She is currently working on a film soundtrack for a Belgian director, due out later this year.

So far high praise for Throwing Shade has come from Pitchfork, Mixmag, Dummy, FACT, the Guardian, FADER, DAZED, i-D, Crack, Clash, the Quietus and Complex among others.

As well as working on her own productions, Throwing Shade also presents a bi-weekly show on NTS Radio, where she shares weird and wonderful music from around the world, with the aim of playing listeners tunes they won't have heard before. She also recently had her first go at presenting in front of a camera, working on a 4-part series for i-D Magazine.
Sites:
throwingshade.co.uk, Facebook, Twitter, nts.live, SoundCloud, mixcloud.com, YouTube
Aliases:
Nabihah Iqbal