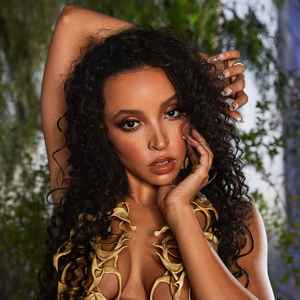 Real Name:
Tinashe Jorgenson Kachingwe
Profile:
Tinashe Jorgensen Kachingwe born February 6, 1993) is an American singer-songwriter, dancer, record producer, actress, and model. She began her career as an actress and model as a child, making several film and television appearances, the most notable of which being the motion-capture model of the Hero Girl in the animated film The Polar Express (2004), Robin Wheeler on Out of Jimmy's Head (2007–2008), and Celeste on Two and a Half Men (2008–2009).

In 2007, Tinashe joined the girl group The Stunners, with whom she released one extended play before they disbanded in 2011. She made her solo artist debut with two critically acclaimed mixtapes the following year, In Case We Die and Reverie, which she created in her home studio. Following their success, Tinashe signed with RCA Records and released a third mixtape, Black Water (2013). Her debut single, "2 On", reached number one on the Rhythmic airplay chart, and peaked at number 24 on the Billboard Hot 100 in the United States. Her debut studio album, Aquarius (2014), received further critical acclaim and garnered her nominations for Soul Train and BET Awards. Her collaboration with Snakehips and Chance the Rapper, "All My Friends", won the Ivor Novello Award for Best Contemporary Song in 2016. Tinashe's 2016 album Nightride reached number 8 on the Top R&B/Hip-Hop Albums chart in the United States.