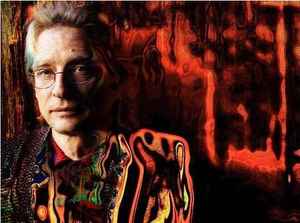 Real Name:
Geoffrey Hales
Profile:
Australian musician active since the late 1960s, who also began producing electronic music in the 1990s. Not to be confused with Geoff Hales, who was active as an arranger, composer and producer, primarily in the 1960s and 1970s, with a strong association with the Fable label.

Geoffrey Hales began playing music in the late sixties in Australia, travelled the hippy trails of India, Morocco in the early seventies,studying and collecting percussion, returned to Australia and performed with the white company, a group of musicians actors and dancers put together to tour Australia to publicize the aquarius festival in Nimbin, then toured and recorded with 'Captain Matchbox', eventually landing in Los Angeles.

Returning back to Australia in the late eighties Geoffrey worked as a session percussionist for many of the top Australian recording artists,including Crowded House, Cruel Sea, Tiddas, touring with Ollie Olsens 'Third Eye' also recorded for several Gus Till projects and with japanese seminal art group 'Boredoms'.