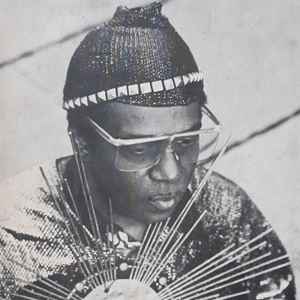 Born and raised in Alabama, Herman Blount, nicknamed “Sonny” by his family, proved to be a skilled pianist since a young age. He was able to sight-read and compose music by the age of 11 and performed semi-professionally as a solo pianist or member of local Jazz and R&B bands as a teenager. His first full-time musical job was proposed in 1934 by Ethel Harper, his biology teacher from high school, who had organized a band to pursue a career as a singer. When Ms. Harper moved to New York, he took the lead of the band, renaming it Sonny Blount Orchestra. The band disbanded shortly after, but Blount continued to work steadily as a musician in Birningham.
Between 1936 and 1937 he left college, which he attended for only one year, after a visionary experience which greatly influenced his life: during a deep meditation state, he claimed to have been transported to the planet Saturn by beings from outer space who entrusted him with the mission to preach peace through music, in a world that was going into chaos.
In the following years, Blount transformed the first floor of his family's house into a conservatory-workshop where musicians could come and go at any time and he could discuss religious and esoteric concepts with whoever was interested.

In 1945, he moved to Chicago where he was influenced by the African-American political activist fervor in the city. He soon abandoned his birth name, taking the name Le Sony'r Ra, shortened to Sun Ra (after Ra, the Egyptian god of the Sun).
Musically, he worked and performed for Wynonie Harris, Lil Green, Fletcher Henderson, Coleman Hawkins and Stuff Smith.
In 1952, Sun Ra ensembled and led a trio with the drummer  Tommy Hunter and saxophonist Pat Patrick, forming the first nucleus of what will shortly become The Sun Ra Arkestra.
When Patrick moved to Florida (he will continue to get in and out of the Arkestra for decades to come), saxophonists John Gilmore and Marshall Allen join the group. In the same years, Sun Ra met  Alton Abraham a precociously intelligent teenager that quickly became his closest friend and, practically, his business manager. Together, in the mid '50s, they founded the independent label called El Saturn Records, initially focused on 45 rpm singles by Sun Ra and artists related to him. However, Sun Ra's first album was released in 1957 by the producer Tom Wilson (2) with another independent label, Transition.
In the late 1950s, Sun Ra and his band began to wear outlandish, Egyptian-styled or science fiction-themed costumes and headdresses. This style, which can be defined in retrospect as “Afrofuturistic”, will become the trademark that will make the Arkestra recognizable even on stage.

In the Fall of 1961, the group moved to New York City where Sun Ra and his band members lived communally to save money.
In the mid '60s, the Arkestra used to perform regularly at Slug's Saloon. At this point, Sun Ra's popularity started to increase among followers of the beat generation and early psychedelia, also receiving much praise from music critics and major names of the New York jazz scene.

In 1968, when the New York building they were renting was put up for sale, Sun Ra and the Arkestra relocated to the Germantown section of Philadelphia. Hereafter, the Sun Ra house on Morton Street became the Arkestra's base of operations, until his death. That same year, they made their first tour of the US West Coast and, a few months later, Sun Ra was featured on the cover of Rolling Stone magazine, introducing him to the national public. In 1970, the Arkestra began to tour internationally with concerts in France, Germany and the United Kingdom .

For the next three decades, the band's touring and recording activity would not stop, becoming a point of reference for the musical avant-gardes.

December 2, 2021
Discogs should have a separate category for live albums .
See 1 reply

May 25, 2021
During a concert at Ed Murphy's Supper Club (near Howard University) in 1973, as the band closed a set with their promenade around the audience, Sun Ra leaned from behind and whispered into my ear, "I hereby sentence you to 99 years in your own body"
See 2 replies

January 26, 2021
SUN RA spoke of amazing concepts, and explored them further in his music.
Peace ~ Nick.

only 3 comments below the greatest jazz musician ever... That alone is the proof that humans are the biggest joke in Universe

August 26, 2020
Anyone interested in Sun Ra Should check out June/July 1975 issue of Coda magazine as there is a long article on Sun Ra followed by a separate long article on John Gilmore. They go over each album in depth.

September 28, 2019
Can there be another person like Sun Ra dead or alive, [EVER]. This artist was so unique who can you compare him to.
I would say he created his own industry and identity. I find him complex and hard to understand but some of his tracks are truly amazing, He should rated with the best.
When i watched Ken Burn's ''Jazz' I never saw/heard any mention of Sun RA what a disgrace.
See 2 replies