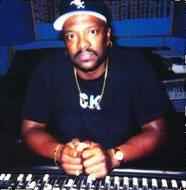 Real Name:
Anthony Ray Butler
Profile:
Tony Butler AKA Pretty Tony was an engineer/producer credited with putting Miami on the map in the eighties before Luther Campbell took over. He is also known as being a member of the group “Freestyle”. Tony put the tracks together for Freestyle on every occasion but never was in the group. Tony loved the studio and was very creative, he knew the club scene well and knew what got people moving. His early fame came with a song called “Summer Delight” written by the Mills brothers Calvin & Carlton, and then a song called “Freestyle Express”. Everything after that was Tony working with other studio vocalists, musicians, etc. that just loved being in the studio.
Sites:
Facebook, linkedin.com, MySpace, Twitter
Aliases:
Tony Butler (2)
Variations:
Viewing All | Pretty Tony
"Pretty Tony", "Pretty Tony" Butler, "Pretty" Tony, "Pretty" Tony Butler, 'Pretty' Tony, Pretty Boy, Pretty Toni, Pretty Tony Butler

March 28, 2004
Tony Butler was awfully self-deprecating when he called the B-sides of "Jam The Box" and "Fix It In The Mix" <i>instrumentals</i>. In fact they are radically experimental, sparse, electrifying freefalls into the echo chamber, with drum sounds occasionally rising to the surface. His basslines were like Moebius strips, in which the beginning was also the end. At the time of release, these versions were considered not merely <i>not</i> commercial but <i>anti<i/> commercial.