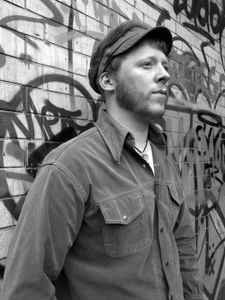 Profile:
Dylan Walshe is an Irish musician from the southeastern coast of Dublin. He is known for his engaging impassioned live performances, lyrical songwriting & unique vocal style. Typically touring internationally as a solo acoustic performer, Dylan's music is steeped in the traditions of Folk, Blues, Singer-songwriter, One-man band, Irish & Roots Music. Dylan has a recent history of pushing boundaries as a solo acoustic performer, appearing on bills & touring with a wide range of bands & genres, such as Punk, Hardcore Ska & even Heavy Metal. Armed with his own soulful originals, Dylan also sings traditional songs of the working classes & reinterprets a wide spectrum of songs in his own inimitable style. After spending his 20s splitting his time between London & Ireland, Dylan now resides in Nashville, Tennessee. Most recently, Dylan toured the US & Canada with Flogging Molly & The White Buffalo in 2017. In 2018, Dylan opened for Billy Bob Thornton and The Boxmasters on their Maine dates. In 2019, Dylan toured Europe & the UK with the Swedish Heavy Metal band Avatar & the Canadian Celtic Punk band The Mahones.
​
'All Manner Of Ways', Dylan's debut studio record, was self released on Oct 26th 2018. The album of original songs features guests such as James Fearnley of The Pogues & Andy Gibson of Hank III. Paddy Rock(US) made 'All Manner Of Ways' '2018 Roots Album Of The Year'. Shakenstir(UK) included 'All Manner Of Ways' in their best albums of 2018. The Alternate Root Magazine(US) also listed 'All Manner Of Ways' in their best albums of 2018. Irish Folk Musician, Christy Moore, nominated the album for the Irish national Folk Awards in 2019. in January of 2020, Paddy Rock named 'All Manner Of Ways' the 3rd best Celtic Rock album of the previous decade.