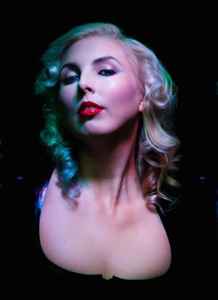 Real Name:
Chelsea Faith Dolan
Profile:
Chelsea Faith, also known as Cherushii, was an electronic musician, producer, and live performer based in San Francisco. Her passion for dance music history was evident in her work, which took clues from Detroit techno, Chicago house, and classic rave sounds. She worked as a live PA and producer for 10 years, using her gear savvy and innate musicianship to create lush, retro-futurist productions.

February 6, 2022
Just discovered Cherushii - what an amazing talent - I haven't found anything quite like her sound! She has left a very special mark and will live on through her sound. I will continue to carry the torch. RIP.

December 8, 2016
Wow what a talent....such a great loss. Enjoy the music left behind! Peace xox RIP

December 6, 2016
I love you Chelsea. I'll never forget the deep sunshine you brought into my life and my ears, no matter how dark the outside was.