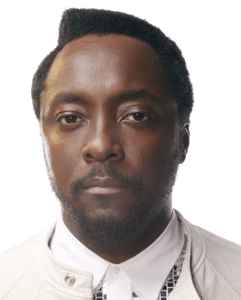 Adams is professionally known by his stage name Will I Am (often written "will.i.am", pronounced "Will I am"), coming to prominence in the late 1990s as a member of the hip hop group The Black Eyed Peas.

Will.i.am has also released four solo albums, the first being "Lost Change" (2001) on Atlantic Records, an original soundtrack to the movie of the same name. A music video was made for the song, "I Am", however, no singles were released from the album. The second solo album "Must B 21" (2003) followed, with track seventeen on the release, "Go!", being regularly used as the theme for the NBA Live 2005 and Madden NFL 2005 seasons. A video for the track was also recorded for use within the sports, however, no singles were released from the album.

February 17, 2014
I'm with most people that this guy is a new age 'puff daddy' rip off merchant rebranding the old to new. But to say he is talentless...er noooo. I'm not some fan of him (now) but look back if u can to the days of 'black eyed peas' (specifically the album behind the front) when they didnt have the eye candy fergie in the band. They were amazing, fair he had input from 2 others but all three could breakdance and perform on stage, they had flow with funky beats in the back..oozing originality. Will I AM u just sold your soul to the devil for a bigger bank account contributing to what ''bell-end'' said ''truely everything wrong with pop music in the 21st century''

November 27, 2013
Also should mention re the previous comment by Mrmilano that the track 'Let's Go' was lyrically nearly identical in the verses to the Jungle Brothers track 'Because I Got it Like That' and yet not one member of the Jungle Brothers is credited on that track as being a writer. Will.i.am is nothing more than a hack musician that shamelessly plagiarizes other artists work.

After remaining relatively quiet regarding Will.i.am’s blatant plagiarism of Arty and Mat Zo’s “Rebound,” Anjunabeats has just released an official statement on the matter. While it is true that Will.i.am. credited Arty in the sleeve notes (but not Mat Zo), Anjunabeats attests that he did not receive permission to use the track. As of writing, there has been no official paperwork filed by either party for the use of the track, further implicating Will.i.am in this ongoing case of copyright infringement. It seems you actually can’t take someone’s work without them knowing and then thank them for it later. Who knew? See Anjunabeats statement after the break.

Anjunabeats is the record label behind Arty and Mat Zo and owns the master recording rights to their collaboration “Rebound.” Mat Zo and Arty have been important members of the Anjunabeats family for a number of years and “Rebound” was one of the label’s most popular releases in 2011.

As has been widely reported, a large section of “Rebound” was sampled on Will.i.am’s track “Let’s Go featuring Chris Brown” and this took place without the permission of Anjunabeats or Arty & Mat Zo.

Although Arty (but not Mat Zo) was credited in the sleeve notes, this is not the same as obtaining permission. To present someone else’s work as your own, you need to seek permission, agree terms and file paperwork, which has not happened in this case.

We’ve remained silent on this issue until now but as a record label it is our obligation to protect our artists’ interests and we felt it was necessary to respond to some of the inaccuracies that have been reported following Will.i.am’s recent comments to Associated Press.