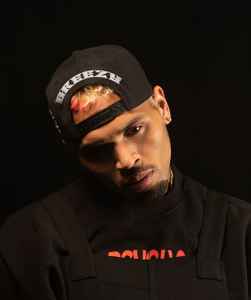 He was involved in his church choir and several local talent shows from a young age. Having signed with Jive Records in 2004, Brown released his self-titled debut studio album the following year. It peaked at number two on the US Billboard 200 and was later certified double platinum by the Recording Industry Association of America (RIAA), selling an overall three million copies worldwide. With his first single "Run It!" peaking atop the US Billboard Hot 100, Brown became the first male artist as a lead since Diddy in 1997 to have his debut single top the chart. His second album Exclusive (2007) spawned his second Hot 100 number one "Kiss Kiss", in addition to "With You" and "Forever". The album was also certified double platinum by the RIAA.
Sites:
chrisbrownworld.com, Facebook, instagram.com, Twitter, YouTube, Wikipedia
Variations:
All | Chris Brown (4)
Brown, C Brown, C. Brown, C.M Brown, Chris, Chris B, Chris Brown, Chris Brown$, ChrisBrow, Christopher Brown, Christopher Maruice Brown, Christopher Maurice Brown, クリス・ブラウン, 克里斯小子

January 25, 2022
His latest single slaps, damn it's a banger. Really hard hitting. Totally knock ya out if you have some sub bass.

Chris Brown is a legend! I know this doesn't suit many, but Chris Brown is very talented, look at his discography, only platinum and multi-platinum.
This man is unstoppable! And he's still very young. Many do not want to appreciate him now while he is alive, they will realize later ....