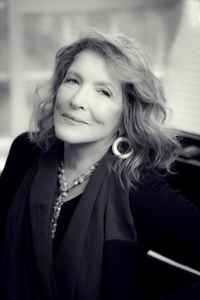 Real Name:
Lucy Simon
Profile:
Sister of Joanna Simon, Peter Simon (5) and Carly Simon. With Carly, she sang in 'The Simon Sisters'. Lucy set "Winkin', Blinkin' And Nod" to music, and the song charted when released as a single. After the duo recorded two albums for the Kapp label in 1964, Lucy left to marry and raise a family, while Carly persued a solo career. Reunited in in 1969 for an album of children's music, Lucy returned to her home life, while Carly became a star. Often backing her younger sister up in the studio, Lucy recorded two albums of her own for RCA. Lucy is a Grammy winning producer, and a Tony and Academy Award nominated songwriter.
In Groups:
The Simon Sisters, The Simon-Taylor Family
Variations:
Viewing All | Lucy Simon
L. Simon, Lucy, Simon