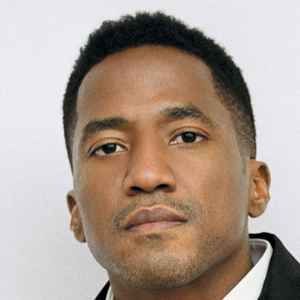 Originally from Queens, NYC, (hence the Q in Q-Tip's stage name) but currently resident of Englewood Cliffs, New Jersey, in the mid 1990s he converted to Islam and changed his name from Jonathan Davis to Kamaal Ibn John Fareed. He's been part of the critically acclaimed group A Tribe Called Quest before breaking out into a solo career.

Having a father from Montserrat, a British territory in the eastern Caribbean, and a mother from Alabama, he attended Murry Bergtraum High School in Manhattan, New York. In an interview with Martha Stewart he revealed that he got his nickname Q-Tip during his childhood because he was skinny and had big hair.

Described by fellow Quest member, Jarobi as the "Leader" on A Tribe Called Quest's debut album, he is now considered as one of the leaders in the rap game. He helped pioneer a positive hip hop movement as part of the native tongues, and made it his duty to help and provide direction for some of the most talented artists over the years, such as Busta Rhymes, Consequence, Nas, Mobb Deep, The UN (2).

Q-Tip has released two solo albums to date, but apparently also has three unreleased albums – two with DreamWorks Records and one "Abstractions" with Arista.

In 2006 he rejoined fellow members of A Tribe Called Quest and went on a sellout tour of the USA, Mexico, and Canada.