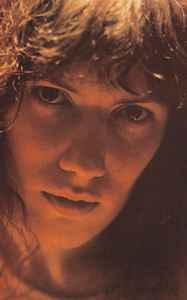 Real Name:
Bridget Hobbs
Profile:
Bridget St John (born Bridget Hobbs, 4 October 1946, South London) is a British singer and songwriter, best known for the three albums she recorded between 1969 and 1972 for John Peel's Dandelion label. Peel produced her debut album Ask Me No Questions. She also recorded a large number of BBC Radio and Peel sessions and toured regularly on the UK college and festival circuit. Her popularity peaked in 1974 when she was voted fifth most popular female singer in that year's Melody Maker readers poll.
An accomplished guitar player, she credits John Martyn as her guitar mentor.
The second album Songs for the Gentle Man, was produced by Ron Geesin. St. John then recorded another album, Jumble Queen, for Chrysalis Records in 1974. She emigrated to Greenwich Village in 1976 and virtually disappeared from the public eye for over 20 years. She appeared at a Nick Drake tribute concert in New York in 1999, performing "Northern Sky" and "One of These Things First". She toured Japan in 2006 with the minimalist French musician Colleen.
Aside from work under her own name, Bridget St John has also recorded with Mike Oldfield (on Amarok), Kevin Ayers and Robin Frederick. In 2007 she reunited with Kevin Ayers to record on his album The Unfairground in New York. They duetted on the song "Baby Come Home".
She was described by John Peel as "the best lady singer-songwriter in the country".
Sites:
Wikipedia, terrascope.co.uk
Variations:
Viewing All | Bridget St. John
B. St. John, Barry St. John, Bridget St John, Bridgette St. John, St John, St. John