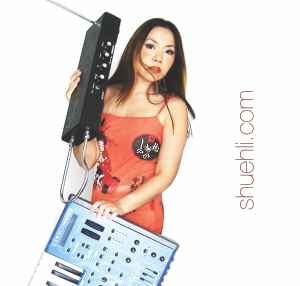 Profile:
Shueh-li is best known for the way she melds electronic-pop-rock-jazz, her fav sci-fi instrument (the theremin) with synths, tin-whistle, piano, guqin & sound design.
Her sound is a poignant brand of ancient art meets new technology, and, east meets west.

Having written, recorded & produced three CDs under the Xenovibes concept (2003/4, 2006/7, 2009), Australian born Shueh-li (Shelley) would release her 4th album under her name signifying her branching off on her own.
In 2012, the CD release concert garnered the Nashville SCENE's critics' pick, with consecutive concerts held at the Steinway Piano Gallery in 2014, 2016 & 2017 being recognised in the same category.

Shueh-li, aka Singapore's diva of the theremin and Nashville's Queen (Straits Times and Nashville Scene respectively); has been compared to such self produced artists as Kate Bush, Janet Jackson & Ryuichi Sakamoto, but her sound is very much her own!
S. Fortner for Keyboard Magazine, “Ong kicking some seriously textured, intelligent, emotional originals on theremin, synth, and wind instruments at Moogfest (2019). By herself, she sounds like Yoko Kanno teamed up with Peter Gabriel to join the Buggles.”