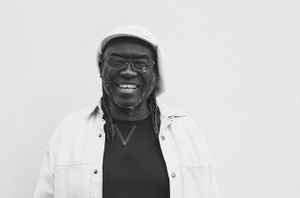 Real Name:
Benjamin Franklin Wright Jr.
Profile:
Music arranger, producer and songwriter who has worked with numerous bands and artists since the 60's.

Benjamin F. Wright began his musical career in mid-sixties in Greenville, Mississippi. He played drums and other percussive instruments in a high-school band.

After high-school his first tour was with R&B icon Ted Taylor that lead him to tour with artists like James Brown, Otis Redding, Billy Stewart and Gladys Knight And The Pips.

In 1969 Mr. Wright settled in Chicago. He began working as a copyist for notable arrangers like Charles Stepney, Gene Barge, Donny Hathaway and Richard Evans. At that time he started to work with artists like Jackie Wilson, The Chi-Lites, Jerry Butler, Curtis Mayfield, The Impressions, Tyron Davis, The Dells and other big names. He also produced his first album on blues artist Otis Clay.

In 1975 Benjamin Wright moved to Los Angeles and became a musical director for The Temptations, Gladys Knight And The Pips, Aretha Franklin, Barry White and The Love Unlimited Orchestra.

In 1979 He was the String Arranger on Michael Jackson's first solo album "Off The Wall". Some years later he also wrote a Grammy Award winning song "One Hundred Ways" with Kathy Wakefield and Tony Coleman for the Quincy Jones' album "The Dude".

The 90's also provided many recording projects for Benjamin Wright as one of the most sought after arrangers in the music business. He toured around the world and performed at the White House for president Bill Clinton and serving as one of the music directors for the "Rhythm and Blues Pioneer Awards".

In 2003 Benjamin Wright get together with his old friend, ex lead singer of The Temptations, Louis Price and they found a band called "The Price/Wright Orchestra".

In 2004 Justin Timberlake won 2 Grammys and Outkast 3 grammys on albums where Benjamin Arranged Strings for 2 tracks/each.