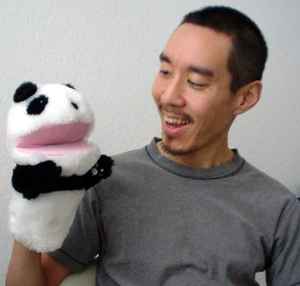 Real Name:
Daniel Wang
Profile:
Born in Northern California, Daniel Wang spent 8 years of his childhood in Taiwan, returned to California for high school, and attended university in New York and Chicago. Instead of finishing his papers, however, he ran out to underground clubs and danced all night to early house music and disco classics, befriending and learning from a few old-school voguers and DJ's along the way.
Dissatisfied with the increasingly unmusical soundtrack of modern nightlife, Danny started Balihu Records in 1993. The first release became a cult success. Danny moved back to NYC and eventually found a job at Dr. Sound Music Store, where he delved deeply into vintage production gear and synths, including the Theremin.
Balihu put out a range of unusual tracks from 1994 to 2000 in the spirit of Philly and Italo Disco, and Wang began producing for the Environ label in 1997. In the past years, he has performed around the world, and his originality is gradually being recognized.
Sites:
ghostly.com, backspinpromo.com, Facebook, instagram.com, MySpace, Twitter
Aliases:
Bali Hu, Chroma Oscura, Danny Ultra Omni, Oto Gelb, The Morning Kids
In Groups:
Light Fantastic
Variations:
Viewing All | Daniel Wang
"Dancer" Wang, D Wang, D. Wang, Daniel "Dancer" Wang, Danny, Danny "Dancer", Danny The Dancer, Danny Wang, Danny »The Dancer« Wang, Dysco D., Wang

Synths like to go out and dance to Daniel Wang records all night long.

March 12, 2016
Daniel just like Nu Groove etc seem to be one of those people or labels that all the uber "cool" crew seem to like and name drop.
That said he is pretty cool.
Reply Notify me 1 Helpful

I only discovered Daniel Wang recently & he has really given me a new sonic twist on the genre of house music that was my first love & that I still cherish so much. Daniel Wang obviously has his strong influences in quality underground disco & he has brought that love into his music, creating brilliantlly original spacey house music with beautiful percussive elements and NO cheesy samples. A true innovator.

May 21, 2002
I want to put here an interesting essential statement for explaining the person Daniel Wang and his music, which I found on the web:

To label Danny Wang a purist would be too easy. His philosophies about dance music go beyond those of the average Garage-lamenter, making him one of the few outspoken producers walking the back-to-basics talk. Having fashioned his recordings "From frustration and love" in Chicago earlier this decade, Danny relocated to New York, where his understanding of underground club music and culture deepened through associations with the House of Ultra Omni and their voguing balls. Friendships with DJ/producers like Danny Krivit and Francois Kevorkian inevitably followed, reinforcing his faith in the classics, as well as his disdain for the majority of contemporary house music. -- M. Eugene Lemcio.