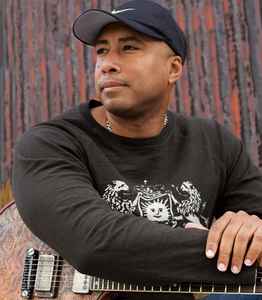 Real Name:
Bernabé Williams Figueroa Jr.
Profile:
Bernabé Williams Figueroa Jr. (born September 13, 1968) is a Puerto Rican former professional baseball player and musician. He played his entire 16-year career in Major League Baseball (MLB) with the New York Yankees from 1991 through 2006.
A center fielder, Williams was a member of four World Series championship teams with the Yankees. He ended his career with a .297 batting average, 287 home runs, 1,257 runs batted in (RBI), 1,366 runs scored, and 449 doubles. His career fielding percentage was .990. He was a five-time MLB All-Star and won four Gold Glove Awards. He also won the Silver Slugger Award and American League Championship Series Most Valuable Player Award. Known for his consistency and post-season heroics, Williams is one of the most beloved Yankees of all time and his number, 51, was retired by the Yankees in May 2015.
Williams is also a classically trained guitarist. Following his absence from baseball, he has released two jazz albums. He was nominated for a Latin Grammy in 2009.
Sites:
theplayerstribune.com
Variations:
Viewing All | Bernie Williams (3)
B. Williams