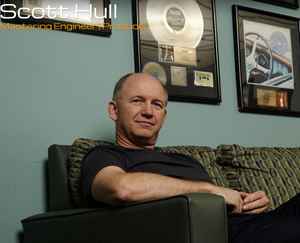 Hull began his career as an intern at Masterdisk in 1983. He became Bob Ludwig's assistant in 1984, and was promoted to Chief Engineer in 1994. In this first part of his career at Masterdisk Hull mastered albums for the following artists: Donald Fagen, Miles Davis, Bruce Springsteen, Spacehog, Ani DiFranco, Lemonheads, Garbage, Shawn Mullins and multiple titles on the Luaka Bop label.

When The Hit Factory closed, Hull became Chief Engineer at Jigsaw Sound. After Jigsaw, Hull opened his own company, Scott Hull Mastering. In an interview with the Rain Computers website, Hull explained his decision to start his own company:
"This is really a continuation of all of the things I have been doing with music for the past 25 years. It was finally time to open my own shop and set up a mastering room that catered to the music business as it exists today. Cost conscious Major labels and the growing trend of independently produced mass-market music - that's where the next generation of music will emerge."

Hull returned to Masterdisk in 2008, when he purchased the business from then-CEO, Doug Levine. About the acquisition of the company Hull said, "I felt that Masterdisk was a flagship mastering studio that could be rejuvenated to be as profound as it once had been." Hull also said that he planned "an enthusiastic re-dedication to the 'excellent customer service, spread around multiple rooms' that characterized Masterdisk in the 1970s and 80s."
Sites:
scotthullmastering.com, Wikipedia
Variations:
Viewing All | Scott Hull (2)
S. Hull, S.H., SH, SHI, Scon Hull, Scott Hall, Scott Haul, Scott Hull, Scott Hull [Masterdisk], Scott Mull, Scotty Hull