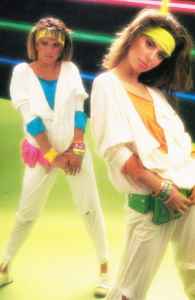 Real Name:
Fun Fun
Profile:
The vocalists on Fun Fun records were Ivana Spagna, Antonella Pepe and Angela Parisi. The image was fronted by models and other vocalists. After the first album, Spagna left the project and started her solo career, leaving Pepe and Parisi as the vocalists on subsequent recordings.

For the first single, Happy Station, the on-stage vocalists were Francesca Merola & Natalia Rolla. Rolla was fired and replaced with Roberta Selvelli for the first album and its singles. Selvelli was then replaced by Elena Trastulli till the end of the project.

June 30, 2021
anyone interested in getting most of their good stuff in the best quality possible
these three should just about do it while avoiding some other compilations of MP3 and Vinyl rips.