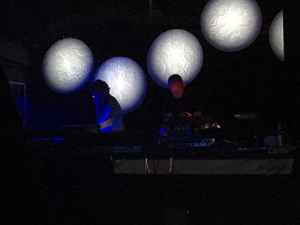 Profile:
They recorded the first album, entitled 'Reagenz' in both San Francisco and David's native Heidelberg, Germany in 1994 after meeting before an early Autechre show in San Francisco.
In May 2008 they met up again, having not seen each other for 13 years, in Tokyo (coincidentaly at an Autechre show!) and managed to spend productive days in a studio owned by a Japanese analog synth collector. They did another session in Heidelberg and David also visited Jonah in early 2009, slowly finalizing the new recordings.
Members:
David Moufang, Jonah Sharp