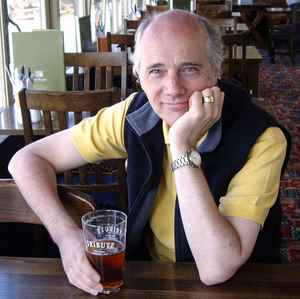 Gordon started his career as a vinyl cutting engineer at Pye Studios in 1968. During his time with Pye Studios, his lacquer cuts can be identified by the initial 'G' in the runouts, preceded by △, ◊ or ✳, depending on which lathe he used.
Whatever prefix is present in runouts, please only add 'G' as an ANV when crediting his lacquer credit.

Working at Utopia Studios between 1978 and 1981, where amongst many others he worked with the Bee Gee's and cut early Adam & The Ants records.

From 1981, as an early employee at Richard Branson & Virgin’s The Town House, he mastered vinyl and CDs for many of the major UK artists (& producers) including Cliff & The Shadows, Elton John (Gus Dudgeon), Elkie Brooks, Status Quo, George Michael, U2, Motorhead, Gary Numan and The Stone Roses.

1998 saw Gordon co-create The Soundmasters, where he worked until having to take early retirement from the industry in 2005.