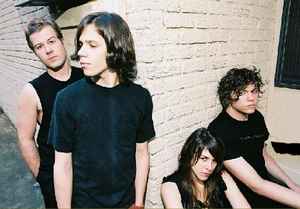 Profile:
Synth punk band from Memphis, Tennessee, USA formed in March 1999 by Jay Reatard and Rich Crook (ex The Reatards) and Alicja Trout (ex The Clears) and disbanded in 2005 after the second European tour (the last show was in May 2005 in Stuttgart, Germany).