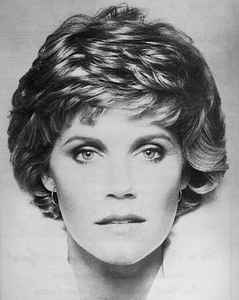 Murray was the first Canadian female solo singer to reach #1 on the U.S. charts, and also the first to earn a Gold record for one of her signature songs, "Snowbird" (1970). She is often cited as the woman who paved the way for other Canadian international success stories such as Céline Dion, Sarah McLachlan and Shania Twain. She is also the first woman and the first Canadian to win Album of the Year at the Country Music Association Awards for her 1984 album "A Little Good News".

Murray has received four Grammy Awards, 24 Juno Awards (she holds the record for the most Junos awarded to an artist), three American Music Awards, three Country Music Association Awards and three Canadian Country Music Association Awards. She has been inducted into the Canadian Country Music Hall of Fame, the Juno Hall of Fame, The Songwriters Hall of Fame and the Hit Parade Hall of Fame. She is a member of the Country Music Hall of Fame Walkway of Stars in Nashville, and has her own star on the Hollywood Walk of Fame in Los Angeles and on Canada's Walk of Fame in Toronto.
Sites:
annemurray.com, annemurraycentre.com, Wikipedia, imdb.com, thecanadianencyclopedia.ca
In Groups:
Balmur Limited, Northern Lights (6), The Singalong Jubilee Cast
Variations:
Viewing All | Anne Murray
A. Murray, Ann Murray, Anne, Anne Murry, Murray, А. Муррей, Энн Мюрей, Энн Мюррей, アン・マレー