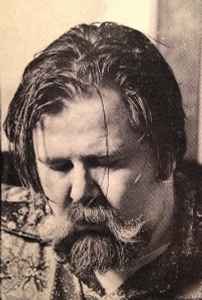 Nicknamed the Mayor of MacDougal Street, New York City native Dave Van Ronk was considered by many to be music's raconteur, troubadour, and provocateur. Arriving at Washington Square Park in the mid 1950s during the folk revivalist boom, Van Ronk lived hand-to-mouth while teaching himself to play guitar and dabbling in communist political circles. By 1958, he and life-long friend, musicologist Samuel B. Charters, released their first album, Lyrichord's "Skiffle in Stereo" as members of The Orange Blossom Jug Five. After a stint in the Merchant Marine, tireless gigging in most every cabaret in the city, and a one-off collaboration as a The Foc'sle Singers on Paul Clayton (2)'s album of sea shanties, Van Ronk settled on the lower west side Manhattan, in Greenwich Village.

Referred to as “the great, grizzled, guitarist” by Peter Fornatale, Van Ronk’s music eluded classification. As a self-described ‘moldy fig’ who eschewed the term “folk artist”, Dave Van Ronk’s eclectic blend of dixieland jazz, ragtime, blues, vaudeville, and other styles were often in direct conflict with the format-conscious world of the commercial music business. Reminding listeners his only constant was, "I've always been inconsistent”, his recordings followed one rule, “anything that I like and that I think I can find a handle to, I'll take a whack at. And as it has been, so shall it be." Though more an arranger than a songwriter, Van Ronk was awarded a Lifetime Achievement Award from the American Society of Composers, Authors, and Publishers toward the end of his four plus decade career in December of 1997. Debuting on Moses Asch's Folkways Records label in the early 1960s, Van Ronk moved onto Prestige with Dixieland revivalists The Red Onion Jazz Band and Mercury with The Ragtime Jug Stompers. At the close of the 1960s, Verve Forecast released his sole rock album with the The Hudson Dusters. As the folk boom ebbed, Van Ronk’s gravelly voice was relatively quiet, releasing an album for Polydor in 1972, another the following year on Cadet Records, then landing on the Philo roster in 1976. By the early 1980s, Van Ronk was recording several one-off projects with assorted independent folk labels, including a handful for Samuel B. Charters' New England-based Gazell (2) imprint. Joint ventures with Christine Lavin and Frankie Armstrong followed in the 1990s.

Van Ronk continued performing live right up to his death from complications following colon cancer surgery in Winter 2002. His autobiography, written with Elijah Wald, and live album, "...And The Tin Pan Bended, And The Story Ended...", which was recorded at the end of his life, were both posthumously released. In the early Summer of 2004, the City of New York commemorated its unofficial mayor’s passing by permanently renaming the eastern side of Sheridan Square on Washington Place as Dave Van Ronk Street. Throughout his life, MacDougal Street’s mayor served as a mentor to countless up-and-coming artists that migrated to New York. Bob Dylan, who met Van Ronk upon his arrival from the Midwest, remembers him as "Greenwich Village’s king of the street" where "he reigned supreme." Singer-songwriters such as Tom Paxton, Joni Mitchell, Phil Ochs and Suzanne Vega have all sung his praises as a mentor, teacher, and friend. Dave Van Ronk’s younger, west coast contemporary, Tom Waits, paid homage when stating, "In the engine room of the New York Folk Scene shoveling coal into the furnace, one Big Man rules; Dog-faced roustabout songster, bluesman Dave Van Ronk. Long may he howl."