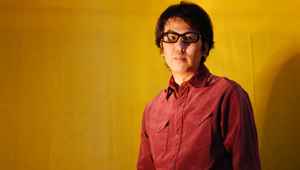 Yokota was well known as an artist releasing music across styles of electronic, ambient, and avant-garde fields. He was also a house & techno music DJ in the earlier part of his career.

September 6, 2021
Susumu's prolific body of work distinguishes him as a true master of his craft. His sample library is impeccably chosen and masterfully manipulated to generate moods ranging from eerie to exuberant. I would love to have had the opportunity to listen to Susumu speak about his work, if he were interested. The unique nature of each chosen sample and the way in which they are manipulated begs the question. There must be a story behind each one.

Susumu is looking down on his legacy and all of you wonderful souls digging his music, generating joy each time the record spins; drinking tea, and patiently waiting for the next life :)

January 12, 2021
Rest in peace, sir. A true visionary who's gifted me some restful nights of sleep.

August 30, 2018
A true MASTER.... May God bless your soul Susumu for the beautiful, reflective and deep music you left this planet.

December 7, 2017
What a great pity. I just found out about his death reading these comments and the tears come to my eyes. I am really sad, his music seemed to me of incomparable beauty. I wish him the best, wherever he is. His legacy will last forever.

I was in musical and personal mourning when I discovered last year that Susumu had died... man what a loss to electronic music, yet let's flip this around: what a gain to electronic music his life was! If you are reading this I implore you to seek out and listen to his works - a breath-takingly innovative man with amazing ideas and limitless ability. A real fucking legend type-of-guy. RIP mate, thanks for everything! Alec x