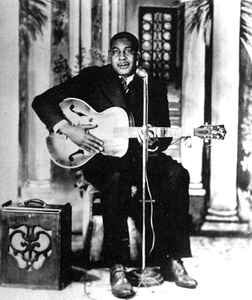 Real Name:
Arthur Crudup
Profile:
US, Mississippi delta blues singer and guitarist sometimes refered to as "The Father of Rock and Roll" due to his influence on "The King of Rock and Roll", Elvis Presley, who recorded Crudup's "That's Allright (Mama)" for his initial, breakthrough record. He also wrote many other well known songs, such as "My Baby Left Me" and "So Glad You're Mine" which also have been covered by Presley and dozens of other artists.