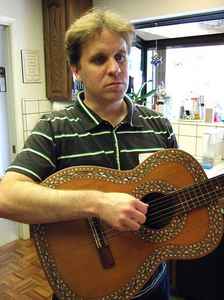 He is best known for his work in Blizzard Entertainment's Diablo series, which was recognized with the inaugural Excellence in Audio award by the IGDA in 2001. He also worked as a sound designer in StarCraft. Recently, he composed the music for the Outland areas of the 2007 release World Of Warcraft: The Burning Crusade. This game was his last before his departure from Blizzard Entertainment. Matt Uelmen is now listed as a member of the Runic Games team.
Variations:
Viewing All | Matt Uelmen
Matt Uelman