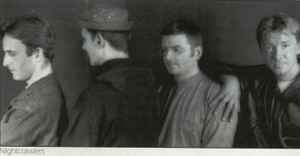 The Nightcrawlers debut single "Living Inside a Dream" was not a success, but the 1992 dance song "Push the Feeling On" fared much better. In its original form the song reached #7 on the U.S. Hot Dance Club Play chart, and briefly crossed over to pop radio, peaking at #80 on the Billboard Hot 100, spending fifteen weeks on that chart.

The original version of "Push The Feeling On" was then remixed by Marc Kinchen, an American producer, who totally reinvented the track. He stripped down the song to edited vocal samples, creating an unusual sounding track. Originally released as 'The Dub Of Doom' mix in 1992, MK's remix was heavily played underground for a number of years in the UK, and reached #22 in the UK Singles Chart in October 1994 when commercially released. It was then re-released with new mixes in early 1995, making number 3, becoming Reid's biggest hit in his homeland.