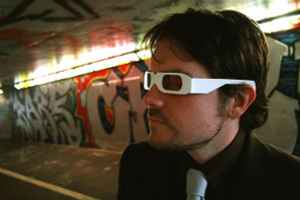 Real Name:
Lee Mintram
Profile:
Featurecast is a UK based DJ/Producer. This fella has been playing all over the planet, setting the world alight with his unique blend of funk and breaks. He’s got skills, he’s got style and he wacks out some massive party beats.

Featurecast (aka Lee Mintram) has become a real force to be reckoned with both in the clubs and on the stereo. Releasing on the formidable Cat Skills Records, Funk Weapons & Super Hi Fi, he’s built up an impressive catalogue of releases & has spread the good word world wide with his debut on the Apples iPod TV campaign using his track ‘Channel Surfing’. Feature Cast has stamped his own twist of funky breaks on the scene with magnificent effect. He also pumps out some severely cool DIY bootlegs! Most recently topping Juno charts and receiving rave reviews with one of them ‘Avenue Rock’ released on Good Groove records & heard gracing the radio waves as far away as Australia!
Sites:
SoundCloud, Facebook, Twitter, MySpace
Aliases:
D.O.P. (3), Digital Villains, DJ Cast, DJ Waxxy, Lee James, Lee Mintram
Variations:
Viewing All | Feature Cast
Featurecast