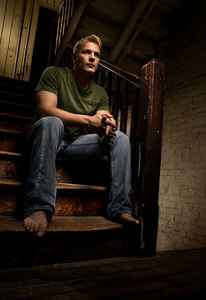 Real Name:
Edwin Ghazal
Profile:
Edwin (born September 9, 1968 as Edwin Ghazal) is a Canadian alternative rock singer from Toronto. He is the lead vocalist for the successful Canadian rock band I Mother Earth, as well as a solo artist. He is also the lead singer for the Canadian supergroup Crash Karma. In 2016, he reunited with I Mother Earth for a series of shows and a tour commemorating the twentieth anniversary of their most commercially successful release, Scenery and Fish.
Sites:
web.archive.org, Wikipedia
In Groups:
Crash Karma, Edwin & The Pressure, I Mother Earth, Victor (4)
Variations:
Viewing All | Edwin
Edwin Ghazal