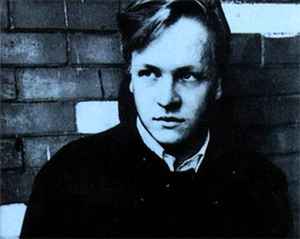 Real Name:
Jackson Carey Frank
Profile:
Jackson Carey Frank (March 2, 1943 – March 3, 1999) was an American folk musician. Although he released only one official album in his lifetime and never achieved much commercial success, he is reported to have influenced several better-known singer-songwriters such as Paul Simon and Nick Drake.

His eponymous 1965 album, "Jackson C. Frank", was produced by Paul Simon while the two of them were also playing folk clubs in England. Although Frank was well received in England for a while, in 1966 things took a turn for the worse as his mental health began to unravel, and his subsequent career took a plunge.

February 5, 2021
If you are planning to buy the Ba Da Bing albums only buy used from someone who can verify the quality or only buy from a place you can return them. I contacted Ba Da Bing and didn't get a response. My copies are so messed up I won't run my stylus through them. Left channel is so distorted, etc. Some say their copies are fine, great, good for you. I however am in the other category. They are unlistenable. I really want a working copy of JCF, but won't press my luck again. Ba Da Bing doesn't stand by their product. You've been warned. I have the first two and stopped there. I'm super easy going and understandable with records. Ba Da Bing can bite me.

September 28, 2020
Such a great artist. He didn't deserve the tragic life he lived.

September 13, 2016
Bad luck followed him like a shadow, a life truly tragic in every sense. His music is just sensational, coming from the bottom of his heart and soul.