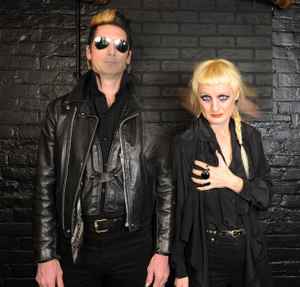 Profile:
ADULT. is the Detroit duo Nicola Kuperus and Adam Lee Miller. They played their first lives show together in Germany in 1997 under the name Artificial Material. In early '98 they released their first 12" under the moniker Plasma Co. Later that year, they released their first 12" under the name ADULT. Currently, they have released 5 albums and 19 EPs or singles on Ghostly International, Thrill Jockey, Clone Records and on their own label Ersatz Audio, (which currently has over 40 releases since '95) They have remixed over 20 acts as well, including Tuxedomoon, John Foxx, Death In Vegas and Pet Shop Boys (for Moog Music). Before forming ADULT., Miller was half of the band Le Car.

June 9, 2003
if you think the whole electroclash / nu-electro scene is a dumb & worthless scam then you obviously haven't heard of Adult yet.

Adult might sound harsh & unpolished after the first listen, but give it a second chance and then you'll realize that these guys are absolute geniuses. really.
Reply Notify me 15 Helpful