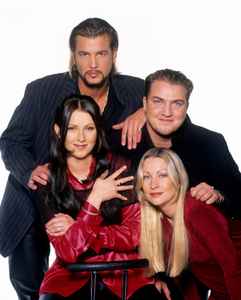 Profile:
Swedish pop group from Gothenburg, formed in 1987 under the name Tech Noir.

They scored a string of hit singles in the 1990s.

June 10, 2022
Such an amazing band, definitely not a 1 hit wonder, their album material is great. If you liked their singles, do yourself a favor and get their albums

January 16, 2016
It's really funny/sad how as the albums progressed, Linn pushed herself further and further into the background of the photos, further out of focus. Poor girl just didn't want to be there anymore. Can't blame her.
See 5 replies