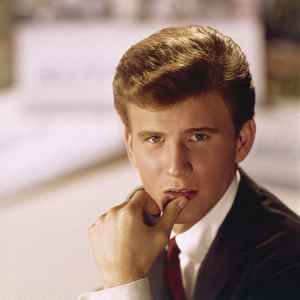 Real Name:
Robert Louis Ridarelli
Profile:
American singer and musician
Born: 26th April 1942 Philadelphia, Pennsylvania, USA
Died: 5th April 2022 Abingdon Township, Pennsylvania, USA
A popular teen Rock 'n' Roll idol singer in the 1960's. He began his musical career during his childhood. By the time he entered his teens he was already a seasoned performer, had changed his surname to Rydell and was playing drums in the band "Rocco And The Saints".
1959 was the year "Kissin' Time" made it on to the top twenty and for the next four years Bobby Rydell was a regular on the music charts. Among his long list of hits were "Forget Him", "Wild One" and "Sway". As well as his musical career he also made appearances on television shows starring in dramatic roles.
By the mid-60's Rydell's popularity was on the wane as the British groups began to make it onto the American music charts, but the singer continued to perform in cabaret shows for his many loyal fans.
Sites:
bobbyrydell.com, Wikipedia, imdb.com
In Groups:
The Sweet Apple Teenagers
Variations:
Viewing All | Bobby Rydell
B. Rydell, Bobby, Bobby Ridel, Bobby Ridell, Bobby Ryddel, Bobby Rydel, Rydell

Rest... In... Peace... by crimsonmetal74
Artists performing under a pseudonym, stage name or nickname (a name other than their real or birth name) by Sacstracks
View More Lists →