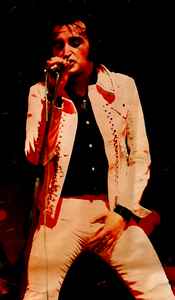 Mini biography
Dick Rivers recorded his first record as singer of the French rock n' roll band "Les Chats Sauvages" in 1961 on his 15th birthday. He quit the band one year later but since has continued his career as a solo performer. Unlike other French rock n' roll singers of the sixties like Johnny Hallyday and Eddy Mitchell he only began his acting career in 1999 with director Jean-Pierre Mocky. Mocky also directed one video clip for him. Dick Rivers did a long stint on Monte Carlo radio in a show where he narrated the story of rock n' roll. Dick Rivers real name is Hervé Forneri, his stage name was inspired by the name of the character played by Elvis Presley in the movie "Loving You".