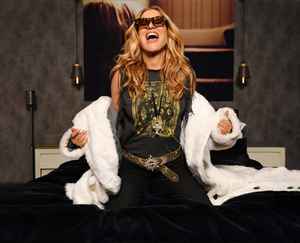 Anastacia has been highly successful in Europe, Asia, South Africa and South America, but has not had as much success in her native United States. She has described her sound as 'sprock', a combination of soul, pop and rock. Her debut album, Not That Kind, released in 2000, achieved multi-platinum sales in Australia, New Zealand and much of Europe. This resulted in her being critically acclaimed by both Elton John and Michael Jackson.

After having the 4th biggest European single and biggest Australian single of 2000, Anastacia was awarded 'Best-selling International Artist' at the World Music Awards in 2000. Her next two albums continued her multi-platinum selling success throughout Europe, making her one of the fastest and biggest selling artists of the new millennium.

In 2005, she was recognized for worldwide sales of over 20 million. Anastacia is world-renowned for her powerful soul voice, and her small stature, 5 feet 3 inches or 160 cm, which has led to her being nicknamed "The Little Lady with the Big Voice". She is also known for her trademark glasses (often darkly tinted); although she underwent laser eye surgery in August 2005, she kept wearing them frequently.
Sites:
anastacia.com, Facebook, instagram.com, instagram.com, anastaciaofficial.tumblr.com, Twitter, Wikipedia, YouTube, YouTube
Aliases:
Anastacia Newkirk
Variations:
Viewing All | Anastacia
Anasatcia, Anastascia, Anastasia, Anastasiya, Anatacia, アナスタシア, 安娜 · 斯塔西亚, 安娜 · 絲塔西婭, 安娜斯塔西亚, 安娜斯塔西亞, 安娜賈西亞, 安娜贾西亚, 아나스타샤

July 4, 2015
Looooove Anastacia!!! Caught her on some morning show when she was promoting "Not That Kind". Went out to buy it & couldn't remember the name of the CD or her name!! Fortunately, the salesperson who came to help me had a sense of humor & was kind & patient! All I could think to describe her was "Big, Loud voice...like Taylor Dayne"!!! I was in luck! He had recently been to a Taylor Dayne show & knew immediately I was looking for Anastascia (this was 2000, so CD's were still bought in record stores!) I've danced & danced to "I'm Outta Love" & "Made For Lovin' You"!! WHAT is wrong with Anastacia's (& my) home (U.S.) that she's huge everywhere but here!!! It's that we're spoonfed what the labels want to give us....and, after grunge it's been country, country & more country! Thankfully, I have a very varied musical diet (my real mainstay is rock (at one time, the harder the better, i.e. AC/DC & Joan Jett, but I also love blues-based rock, i.e. Kenny Wayne Shepard, Stevie Ray Vaughn, which I got more "into" during grunge; but, I did, of course, own Nirvana's "Nevermind" & I've always liked "Garbage", but I don't consider Garbage grunge, per se & have recently found Social Distortion). Rock is getting harder & harder to find...I usually end up researching online & going back-in-time & finding more obscure bands that I wasn't aware of at that time. Now, next Anastacia project is finding a live performance DVD in an NTSC format (playable on U.S. machines).
See 1 reply