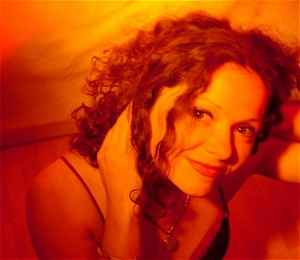 Real Name:
Anita Dawn Kelsey
Profile:
Anita burst onto the dance scene with style in 1997 winning the UK's coveted MOBO award for her first album with Sunship, an album on which her vocals were described by 'The Face' magazine as 'soulful and rich'. The second album yielded the massive club hit 'Try Me Out' (another Kelsey vocal & co-write) which was an Agia Napa anthem of 2001 and marked Sunship out as one of the UK's seminal garage acts – culminating in their mix of 'You Bring Me Flowers' reaching #1 in the UK national charts. She collaborated on three of Dorado label-mate Matt Cooper's Outside albums at around the same time, which were much more leftfield albums and offer a much more intimate, deep and ethereal side of her writing and vocal work.

Further commercial success came a year later for Anita's collaboration on D*Note's Shed My Skin (Pete Tong's record of the week) which steamed into the UK & US dance charts at # 7, topping the Belgian danc charts at # 1. The track entered the Belgian national charts, staying for 22 weeks, peaking at # 4 and has so far been featured on more than 38 compilations worldwide.

Other collaborations followed, including the track 'Clouds' with Grammy nominees The Latin Project, Signum with 'Come Around Again', Cor Fijneman with 'Healing' and 'Colourless World', Bluefish (aka Evolution) with 'Been Too Long', Memento's 'New Life' with a Peter Luts remix and various other releases worldwide. Anita is also approached on a regular basis by labels and producers to write for other artists such as recent Virgin signing 'Lost Witness' whose next two singles are co-written by Anita and performed brilliantly by Tiff Lacey (who sang on Oakenfold's Hypnotise).

As well as being a full-time writer (signed to BMG Music Publishing) Anita is also featured on many TV productions, commercials and feature films. Major sci-fi cult blockbuster Dark City sees American actress Jennifer Connelly miming to Anita's voice in 2 prominent scenes as well as the Kelsey rendition of 'Sway' being featured on the end credits. Other major films featuring Anita include Bring Me The Head Of Mavis Davis, Long Time Dead and Merlin.

Her own project ToyShop with partner David Sun gained recognition in 2004 with their single Million Miles being voted Top Tune in IDJ Magazine/Sure Player in DJ Magazine and was supported by prominent DJ's such as Pete Tong, Pete Heller, Timo Maas, Pete Gooding and others. The track is included on Defected's Café Mambo 10th Anniversary compilation. Anita's recent track 'Every Kiss' on Extrema Records also featured a ToyShop mix, and an eclectic mixture of original material is currently being crafted lovingly by the duo into a ToyShop album.

Anita is currently working on new tracks with Signum, has finished two songs with Markus Schulz for his album (including the current single 'First Time'), has just signed a new release with Airwave under the disguise of 'Velvet Girl', a fresh new Trancesetters collaboration and is soon to announce more exciting new material with major trance producers throughout Europe, the US and Canada. She's currently on a new excursion into house with Hardsoul, Rui Da Silva, René Amesz and TDR with an exciting, varied and surprising (not forgetting X-rated in some cases!) new batch of tunes. Be sure to listen out for the new soulful house track 'Good Lovin' by Ashman and Perky with vocals by Anita on Armada's Fame imprint.
[email protected]
Sites:
anitakelsey.com, MySpace
In Groups:
60/40, Memento, Pacific², Toy Shop
Variations:
Viewing All | Anita Kelsey
A Kelsey, A. Kelsey, A.D. Kelsey, A.Kesley, K. A. Dawn, Kelsey, Kelsey Anita Dawn, Kelsey, Anita