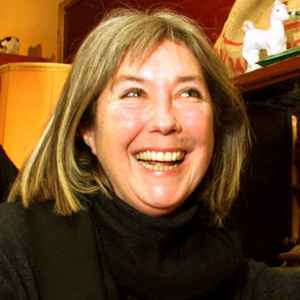 Real Name:
Catherine Frances McGarrigle
Profile:
Kate McGarrigle (born February 6, 1946, Montréal, Quebec, Canada - died January 18, 2010, Montréal, Quebec, Canada) was a Canadian folk musician and singer-songwriter. Her music is a mix of Gallic style, from her roots in French-Canadian folk music, and bluegrass and country. She was a multi-instrumentalist who played guitarr, banjo, violin, piano and Accordion among other instruments.

In the 1960s Kate was first part of the Mountain City Four (MC4), a group that played the Montreal folk scene, before moving to the US and touring the North-East on the folk club circuit in a duo with Roma Baran. She married American folk singer Loudon Wainwright III in the early 1970's. Around the same time, she began circulating tapes around Greenwich Village, of herself and older sister Anna performing. This attracted songwriting credits for names such as Linda Ronstadt and Maria Muldaur, raising the profile of the sisters and finally garnering them a recording deal with Warner Bros. Music. The sisters went on to have much success in the mid 1970's as the duo Kate & Anna McGarrigle. After putting their careers on hold for most of the 1980's to raise their children, they then made a successful comeback in the 1990s. She was made a Member of the Order Of Canada in 1994 and received the Governor's General Award in 2004.